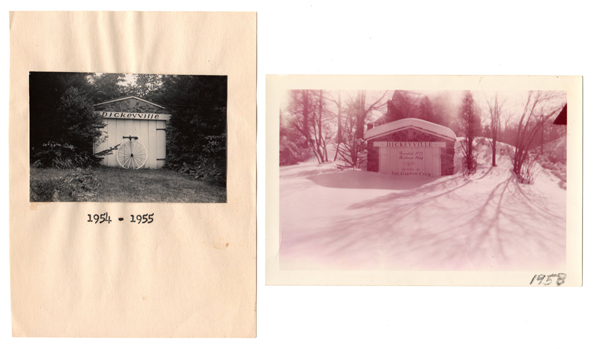 On May 7th, 1940 seven ladies met at the home of Mrs. Howard Ashbury to form a Dickeyville Garden Club, “to help those who love gardens to make them more beautiful, to stimulate interest in cooperative gardening, and to aid in the protection of flowers, shrubs, trees, etc. this club has been organized to assist in the beautifying of property in and around Dickeyville and to help individual members with their gardens through exchange of ideas and experiences.”

At the June 5, 1940 second meeting, held at the home of Mrs. Graff Cockey, Mrs. Ashbury was elected President, Mrs. Howard Ford was appointed to draw up By-Laws, and Mrs. J. C Leitch was made Roadside Chairman.

An article in the Baltimore Sun during Mrs. Ashbury’s presidency states that the Dickeyville Garden Club, “which previously discussed everything floral, would now be paying attention to vegetables and fruits as it entered the Victory Garden movement.” Members used a strip of land along the banks of the Gwynn’s Falls for their victory garden.

The Dickeyville Garden Club joined the Federated Garden Clubs in 1945.

Throughout the 40s, business meetings generally had a presentation by the horticulture chairman that focused on what to do and how to do it for each season of the year and many meetings featured outside speakers on various horticulture and conservation topics. Membership was by invitation only, following a formal process of waiting periods, written nominations, seconds, and voting. 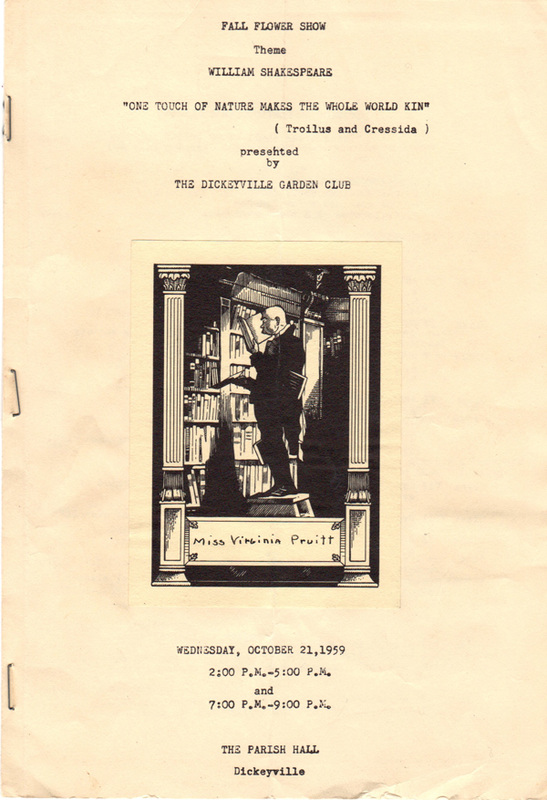 During the 1950s, the club participated in the annual Flower Mart; continued to support activities of the Federated Garden Clubs of Maryland, holding club flower and horticulture shows and participating in other shows in the greater Baltimore area; held its Christmas Doorways Decoration contest; and sponsored the Junior Garden Club.

Meetings were held mostly in members’ homes until mid-decade, when the church parish hall became the site of many meetings.  Club events tended to be for members only.  An exception was “Open Doors in Dickeyville” – a house and garden tour for members of the Garden Section of the Roland Park Woman’s Club that featured six Dickeyville homes where arrangements for the Dickeyville Spring Flower Show were placed. Proceeds from the April 1955 tour were used “to beautify roadsides and byways” of the community.

In the mid-1950s, the club created the Dickeyville entrance sign at Forest Park Avenue and Pickwick Road and, following a survey of the village, began to beautify the corner at Wetheredsville Road and Forest Park Avenue with plantings of magnolia, flowering crab and flowering plum trees. Throughout the decade, the DGC took responsibility for grass mowing and hedge clipping at the village entranceways; to pay for these tasks it requested contributions from both residents and the Dickeyville Association.

During the 1950s club membership remained all female. The club seemed to have no difficulty recruiting members; however in 1959, meeting minutes mentioned members’ lack of attendance at meetings and lack of participation in flower shows. 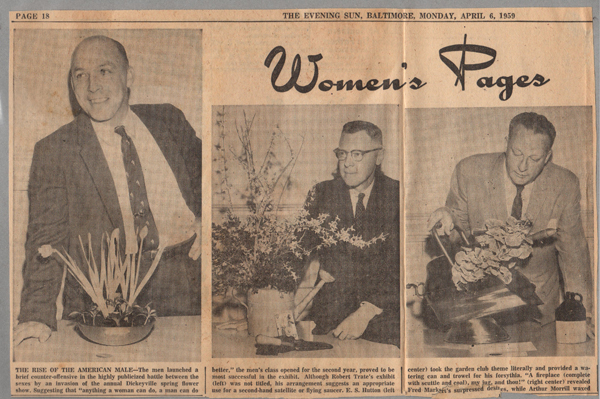