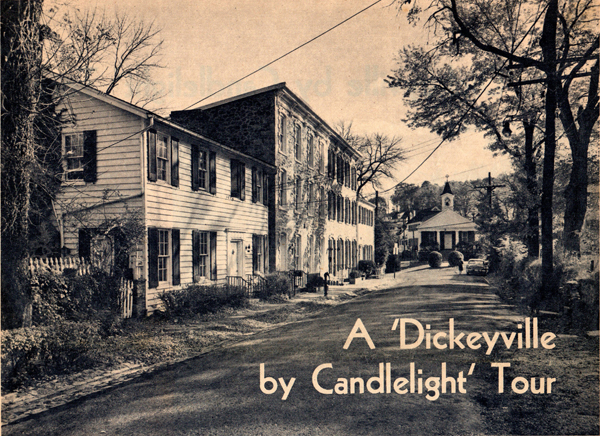 "Dickeyville by Candlelight" Tour, November, 1961 - Sunday Sun Magazine
Field trips and meetings focused primarily on flowers, flower arranging and horticulture.  Civic projects included the garden therapy program at Kernan Hospital, the Junior Garden Club, participating in the May Flower Mart, restoration of the formal garden at Cylburn; and decorating Kernan Hospital at Christmas.  Closer to home, the club continued to handle the village entrance planting and maintenance, assessing residents and the DCA to pay for the landscaping assistance.

A public tour extensively reported in the Baltimore newspapers, “Dickeyville by Candlelight,” featured Hostesses in Civil War costumes who escorted guests through 15 dwellings in November 1961.  The Candlelight tour was repeated two years later, featuring 13 homes. Despite the success of these tours, 1963 was the last one held, apparently due to a lack of agreement within the club of how to spend tour proceeds.  Non-fundraising flower shows, such as November 1967’s “Thanksgiving in Dickeyville” and October 1969’s “Down By the Old Mill Stream,” complete with hostesses in period costume, were open to the public.

Problems of members attending meetings and entering flower shows were mentioned occasionally and the club continued to drop from its membership those who did not meet the minimum participation rules.  Throughout the decade, however, the club seemed to have no difficulty attracting new members, who would be nominated and voted upon through the traditional garden club’s formal process. 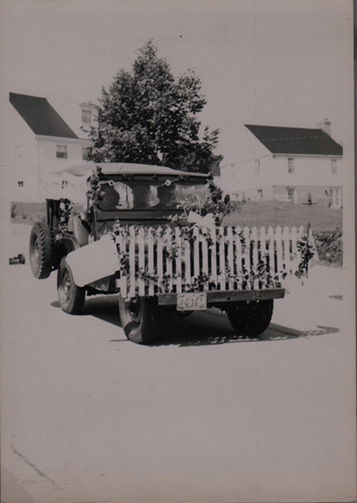 Entries through the years of the Garden Club in 4th of July Parade (Champagne still flowing!) 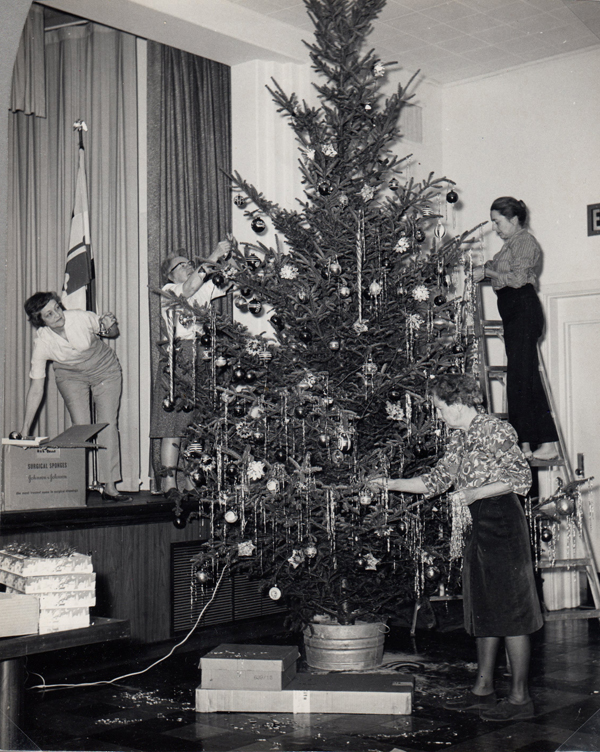 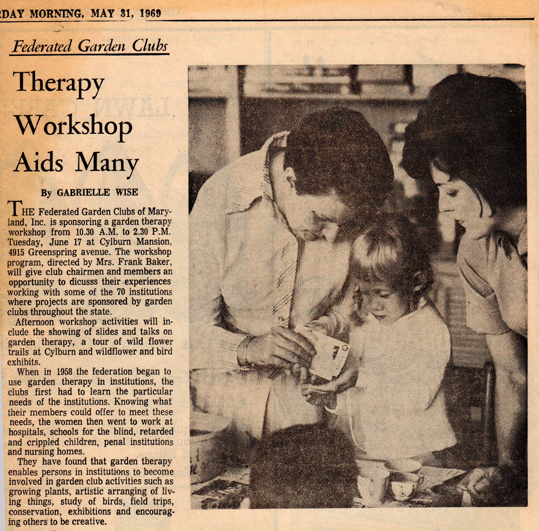