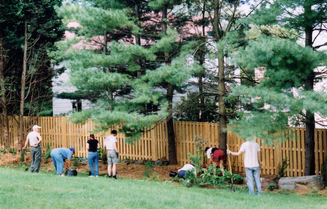 A 2002 Parks and People Foundation Grant helps create a border garden project
In June 1990 a meeting was called to assess the DGC status and its future.  Despite several good programs offered in the preceding months, attendance at meetings had been very low and interest seemed generally lacking.  At the meeting, remaining members were encouraged to enlist new members over the summer.  In October, with some difficulty, a full slate of officers was selected and a program year agreed upon that included the Holiday Bazaar, maintenance of Dickeyville common areas, and “adoption” of the garden beds at the Carrie Murray Center.  No spring flower sale occurred in 1991 – for a variety of reasons, including no one to chair the event.  Later that year, a Holiday House Tour presented by the Baltimore City League of Women Voters featured 9 homes in Dickeyville.

An April 1993 letter to residents stated that the club had met only sporadically over the past few years.  Six residents outlined decisions made to continue the Garden Club, which, they suggested, would pursue four services to the community:  maintain and beautify public areas of the village; hold property under conservation easement; promote knowledge of gardening, flower arranging and related topics; and support environmental conservation causes.

For the next few years the club efforts focused on maintaining Dickeyville common spaces and the Carrie Murray Center’s flower beds, hosting a community-wide (fall) potluck dinner with speaker, and holding its Holiday Bazaar, changed to a Pancake Breakfast and Greens Sale in 1995.  During this time, the club continued to receive a portion of the DCA’s dues (in 1994, for example, the club received $7 of the DCA’s $15 household assessment) and there is no indication that the DCA or residents were separately assessed to cover maintenance expenses.

Membership no longer followed a formal process of nominating, seconding and voting, but rather was encouraged throughout the village by simply asking that all residents join and pay their dues.  Membership moved back up to the high 20s/low30s and included men as well as women.

Some excitement was generated in 1995 by plans to landscape the Tucker Lane frontage of the Jones property.  Residents donated funds and time to the effort, which was also supported by grant funds.  Toward the end of the decade however, interest again had waned.  Two 1999 meetings meant to “regenerate” the club were fairly well attended 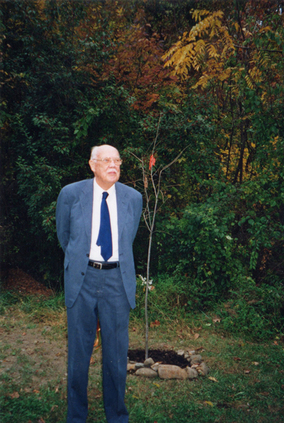 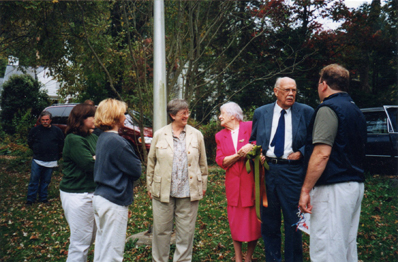