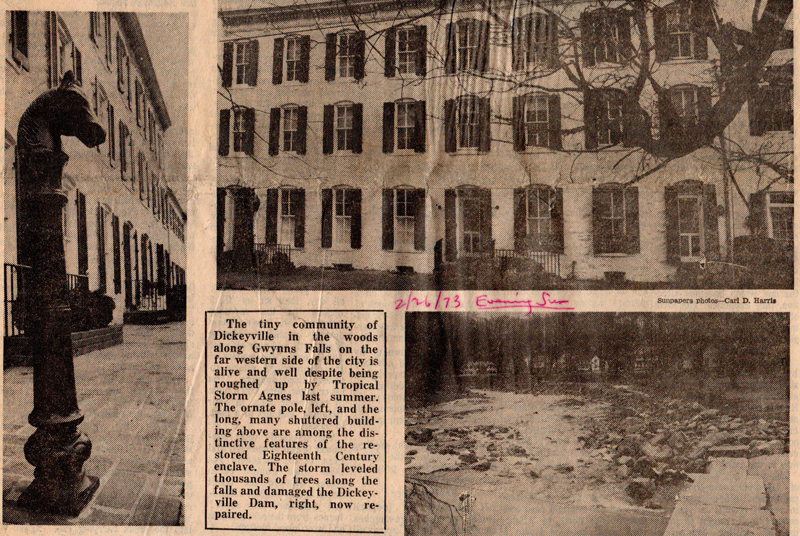 Dickeyville surviving 1972 Hurricane Agnes
Minutes from the early 1970s began to reflect “members who work.” By 1975, half the meetings were held in the evening; most in members’ homes.  By the end of the decade, all meetings were held in the evening; most at the Church Parish Hall.  Meeting topics remained focused on flowers and horticulture, with some increasing emphasis on community projects.  The club continued to hold flower and horticulture shows in accordance with the Federated Garden Club rules.

In mid-decade, the club rebuilt the stone structure at Pickwick Road and Forest Park Avenue and had the Dickeyville entrance signs “reconstructed” and painted.  It continued to maintain the sign areas, collecting from residents and DCA to help pay for this service.  Funds for club activities were raised through sale of notepaper, candles, and Dickeyville glasses and from spring plant and holiday greens sales.

The club continued its Doorways Decorating Contest, Christmas Card delivery, Garden Therapy Program at Kernan Hospital, and participation in the Women’s Civic League’s May Flower Mart, as well as various Federated Garden Club events.  In 1977 it took a booth at the City Fair. 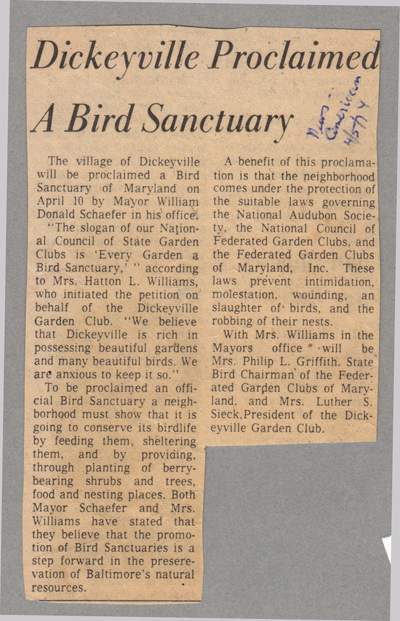 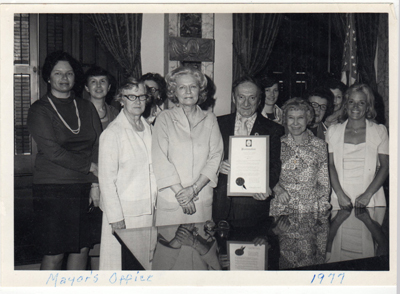